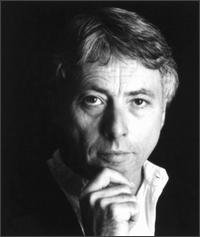 Harold Budd is an American avant-garde composer and poet. He was born in Los Angeles, and raised in the Mojave Desert.

Budd has developed a style of playing piano he terms "soft pedal," which can be described as slow and sustained. While he often gets placed in the Ambient category, he emphatically declares that he is not an Ambient artist, and feels that he got "kidnapped" into the category. His two collaborations with Brian Eno, The Plateaux of Mirror and The Pearl, established his trademark atmospheric piano style. On Lovely Thunder he introduced subtle electronic textures. His thematic 2000 release The Room saw a return to a more minimalist approach. In 2003, Daniel Lanois, the renowned producer of U2 and Bob Dylan, and occasional collaborator with Brian Eno, recorded an impromptu performance of Harold playing the piano in his Los Angeles living room, unaware, and thus realized the album La Bella Vista.