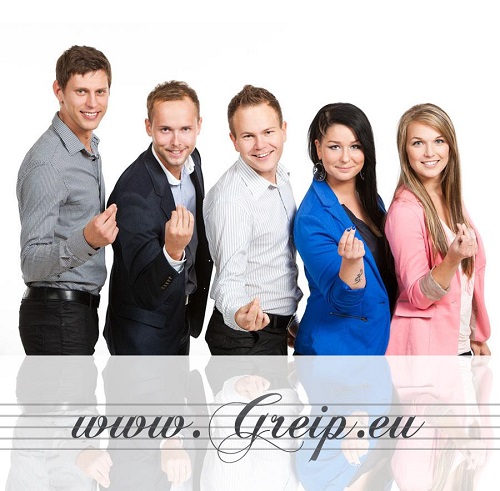 The Greip is an active vocal ensemble from Estonia, in a town called Pärnu and has five members who assembled in January, 2006. The ensemble consists of talented singers, who have now all graduated the Pärnu Ülejõe Gymnasium. They all have performed in choirs or as soloists and some members have also studied various instruments in music schools. Most of their interesting and catchy songs are arranged by the leader of the vocal group, the magister of the Estonian Academy of Music And Theatre, in school music, Fred Rõigas. Madis Isand, who recently has joined the ensemble as the sound engineer, has provided great support and help in both performances and rehearsals. The band has performed in Estonia and further (Finland, Latvia, Lithuania, Netherlands, Germany, Russia, New York, Washington), in various festivals and has also competed in several song contests. The vocal group only sings in a capella. The ensemble's repertoire consists of most varying styles of music - there are calm ballads, jazzy pieces, pop/rock songs and also their own creation.