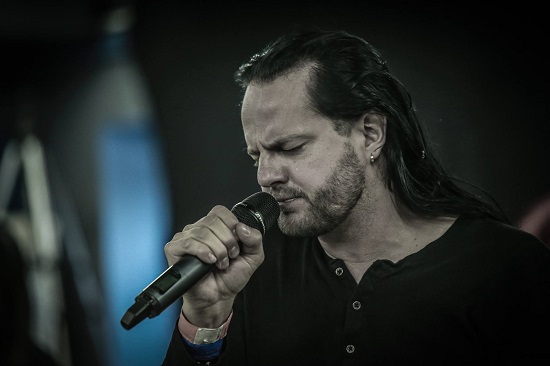 Goethes Erben was founded in 1989 by Oswald Henke and Peter Seipt. The founding idea was to combine the German spoken word with music theater. Peter left the band soon afterward, and American Mindy Kumbalek joined in February 1991. The debut album "Das Sterben ist ästhetisch bunt" was released in 1991.

In the years to follow, Goethes Erben became renowned for their spectacular live show, which included specials such as live film projections ("Blau Rebell" Tour). In addition to the numerous concerts in Germany, Goethes Erben frequently toured neighboring countries as well, including Belgium, the Netherlands, France, Switzerland, Austria, Italy and even Mexico.

On stage, Goethes Erben continually set new accents by experimenting with new elements for each major performance: They worked with a dance ensemble, recruited a live band made up of varying guest musicians, and integrated speaking roles into their performances ("Kondition: Macht!").

Meanwhile Goethes Erben established themselves as favorite festival band as well, playing many large festivals, including headlining the Eurorock Festival in Belgium.

In Mexico City, Goethes Erben headlined an open air festival in the parking lot of the Goethe Institute.

In 2003, the band made their first foreign release; "Iphigenies Tagebuch" is a compilation of Erben songs put together specifically for the North and South American continents.

Throughout the years, Goethes Erben worked with a number of respected producers, including F.M. Einheit (ex Einstürzende Neubauten), Vladimir Ivanoff (Sarband, VOX) and Jürgen Jansen (Project Pitchfork), and celebrated their first chart hit in Germany with the single "Glasgarten".

In 2002, Goethes Erben was one of the first alternative bands to release a DVD - more were to follow afterward.

In 2003/04, the album "Nichts bleibt wie es war" was licensed for release in Russia.

In the same year, Goethes Erben ended their more than 10-year partnership with Strangeways Records and founded their own label called Genom. The first release on Genom was the DVD+CD "Leibhaftig" that captures the frenetic concert for 7000 fans at the WGT 2002 in Leipzig.

In April, 2004 Goethes Erben returns to various locations throughout Europe with their new musical play, "Schattendenken".