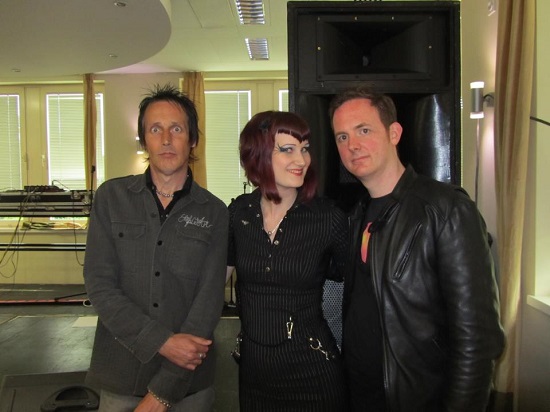 Cryogenica is a London-based, electro-rock band formed in 2006 whose music has been compared to “Nine Inch Nails & Siouxsie and the Banshees”.

The band recorded and produced their debut CD in 2006 originally under the name "I Am No One". They released this record independently via iTunes and Napster across Europe, North America, Canada, Australia, and Japan. In March 2007, they played their debut gig at Madame JoJo’s in Soho and performed regularly including shows at The Underworld in Camden (supporting electro/ industrial icons Sheep On Drugs and Lahannya), The Purple Turtle, Camden and supporting Das Ich, also at O2 Academy.

In January 2008, they changed their name to Cryogenica and following a performance at the Black Planet club in February 2008, they were nominated for an Indy Award in the ‘Best Alternative Category’. In 2009, they released “Redux”, an EP of re-worked versions of songs from their debut CD. Re-Gen magazine described this CD EP as evolving their “previous sound into something with more substance and distinctiveness” and received positive reviews in Sphere and Devolution magazines.

In 2010, they released “Re-Animation” – a record written and produced by the band and mixed and mastered by Reza Udhin (Inertia & Killing Joke). Nocturnal Magazine (2010) described this CD as possessing “a truly unique sound” and “is one hell of a calling card”.

In June 2010 they were joined by former Judda/UK Subs guitarist, Scott Snowden, and in October 2010, filmed at The HMV Forum for “Goths”, a TV show written by the team behind This Is England ‘86 & Skins (due for release via Shine Drama Studios in 2012).

The band have since performed at Club Hard Drive, Electrowerkz, The Dark Mills Festival and the Spa Pavilion Theatre at WGW to an audience of 400+ supporting steam punk legends Abney Park in November 2011.

They have recently independently re-released their debut CD and are currently working writing new material as a follow-up to "re-animation".