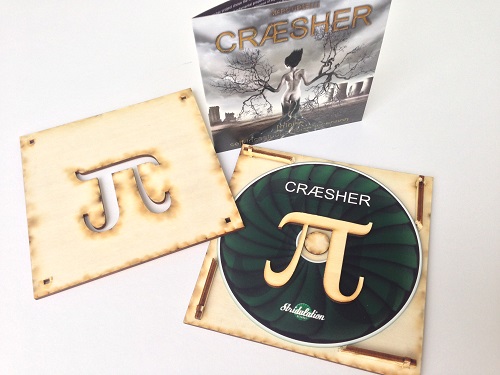 His first official release, "[π]oise (self-incestuous noise inception)" is an experimental noise concept album - in fact it is the ultimate experiment of noise because it consists of noise that was generated by noise, without human intervention except for the creation of the algorithms and signal processing which perform the noise generation. The concept, development, and creation of the CD is equally rooted in mathematics, Greek Mythology, and audio experimentation.

This first album reflects the duality of scientific expression and in the music a creative outlet that is tempered with the Greek mythos to form into the audio delight that can be found in this first album's 10 tracks. This album shows much of the analytical skills and musical IQ that Marc has. He is just beginning in his quest of his own music, but is showing that this is a voyage that will be long, true to him, and one that will touch those that can feel his vision in the form of melody.