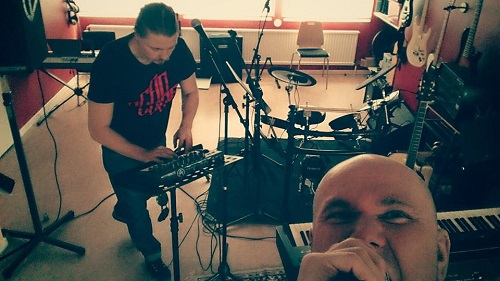 Jonas Rundberg and Ronny Larsson founded container 90 in January 2004 to EBM in the style of their models Front 242 and Nitzer Ebb to make. In-house production in 2006 the first album Scandinavian Masters. After the band had earned mainly in East Germany by appearances at smaller festivals a fan base, followed two years later World Champion Shit at Out Of Line / SPV . While the Sonic Seducer the plate as "EBM-Record of the Year" and " gem that is sure to illuminate us in the coming years "designated criticized other reviewers, the plate was too unimaginative. Whiskey-soda.de named World Champion Shit a "boring Retro Pack" and metal.de ruled: "Who However, something innovative or unusual expected, at "World Champion Shit" to the completely wrong address. "