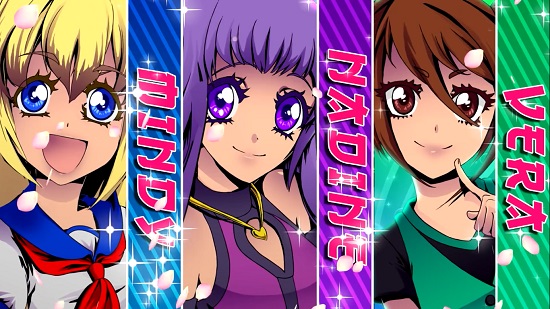 In 1998, the Caramella Girls began known only as Caramell. The music group was formed by singers Katia Löfgren and Malin Sundström, along with producers Jorge "Vasco" Vasconcelo and Juha "Millboy" Myllylä. After 4 years with a certain level of success together the band parted ways and moved on to other venture.

The explosion of the Internet created a new found level of attention and appeal for the band. In 2008, the Caramella Girls was forged from the ashes of Caramell to harness this new appeal and push forward with a direction that was envisioned in the original music. The reasoning for this reunion of the band was largely due to the amazing success of their song, Caramelldansen.

The song Caramelldansen was fused with a looping Flash animation developed for the song. This method of visuals was named after the song and became a huge phenomenon on the Internet. The animation used the anime characters Mai and Mii frm the Japanese visual novel, Popotan. The Speedycake remix of the song along with sped up graphics was what truly set the standards that showed that the Caramella Girls were wanted by the music community. This presentation was originally meant to be a form of a meme and due to the sucess it has created, it has been the inspiration to other videos, animes, and video games.

As of 2008, the current members of this successful band (now known as Caramella Girls) as of 2008 are Caramella Loppun (Mindy) [Leader] played by Racheal Alicost, Caramella Cham (Verá) played by Lucky McSozzen, and Caramella Gardeii (Nadine) played by Karin Ellis.