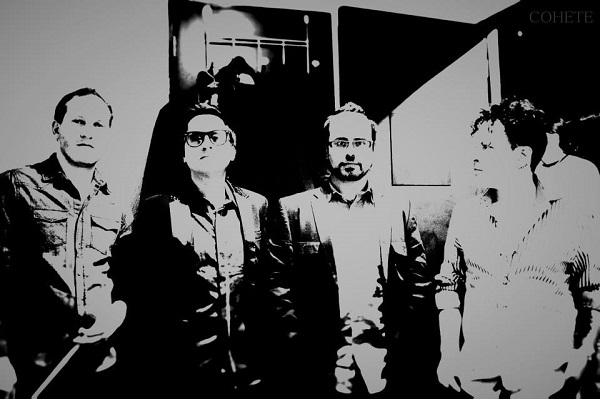 COHETE comes to light in 2004 with its first album "Revolution" produced, mixed and mastered by Ernick and Adolfo Romero for the Iguana Records label, from which the singles "Déjame", "I do not need you" and "Revolution ". For the year 2006 the second album "Pulsar" is released this time with Universal Music, under the same production but with the post production of Gustavo Menédez, Mixed by Sebastian Krys in the Miami recordings studios (Miami) and mastered by Rubén Parra in Absolute Audio (New York) The lead guitarist of "La Barranca" José Manuel Aguiilera has participated in the song "Brilla en mi cielo" The singles that came out were: "I feel love" and "Violetta".

In 2010 "Cohete" promoted his third album "Stereo" of which two singles "Bailarina" and "Oruga" were released prior to their official release to the stores that took place in the month of May. Once again the production and Mixing was carried out by Ernick and Adolfo Romero and mastering by Harris Newman at Gray Market Mastering (Québec, Canada)

Recorded between 2012 and early 2013 is an album that is plagued with different textures and nuances.

The album begins with a dramatic, chaotic and hopeless part that marks its course with the song "Model of the end of the world" that gives title to the disc, in which we find a set of chords that are always repeated in a minimalist way, but That as the song grows gives the sensation of tonal change through movements of rhythmic figures or silences in different instruments, to end in a sonorous chaos carried from the hand of a piano announcing the end.

Reina Mia, a bolero from the time of the great trios, which made famous the trio "The Three Diamonds". In the 2012 COHETE the retake and for this production counts on the participation in the battery of "Alfonso André" drummer of Caifanes, Jaguares and the Barranca.

Another color that can be seen during the album is in the song "Voy Cayendo" in it we discover an acoustic and intimate sound, where only a guitar and voice are fundamental part of the song.

There could be no missing pieces like "This Game, The Pulse or One to One" where you can hear the unmistakable character of COHETE.