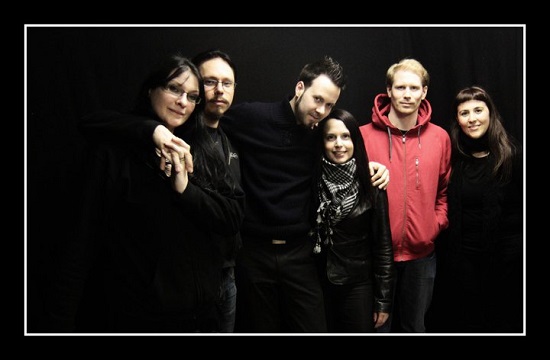 Arcana started back in 1994 as a musical project for Peter Bjärgö who grew tired of playing the regular metal music. With the assistance of Ida Bengtsson the first release "Dark age of Reason" was released on Cold Meat Industry in 1996 and the year after "Cantar de procella" was published. In 2000 "...The Last Embrace" was released and this was the last album that Ida Bengtsson appeared on. The year after Annmari Thim started as the female vocalist and also Stefan Eriksson joined in on keyboard. In 2003 Ia Bjärgö, Peter's wife, joined on choir and the final member percussionist Mattias Borgh joined in 2005. The year of 2010 came to be a year of many changes: Stefan Eriksson left the band, Arcana started to play completely live with the help of Núria Luis and Sergio Games Martinez from Narsilion as well as Johan Levin from Desiderii Marginis. In December the very same year, Peter announced the long rest for Arcana during a concert in Romania. For 2011 Arcana will rest from performances, focus on new material and on each member's personal lives.