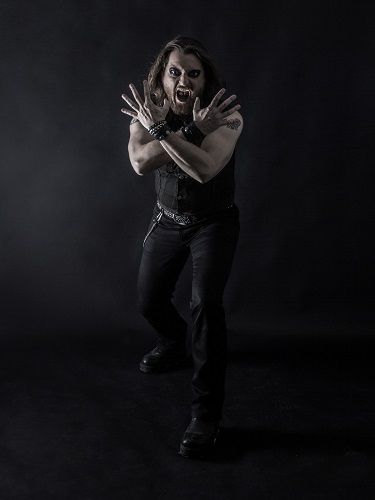 Amandas Nadel is known as session-, studio und live-guitarist, who, while playing with bands such as Roterfeld or Lolita Komplex, has shared the stage with Placebo, Subway to Sally, Mono Inc., Megaherz, Lord Of The Lost, VNV Nation and Unzucht many times. During his time with Roterfeld they were nominated for the Amadeus Award 2012.

Amandas Nadel was born in 1975 in Graz, Austria. His musical career began at the tender age of 6, when his mother sent him to the Johann-Joseph-Fux Conservatoire in Graz/ Austria in order to learn the violin. Then at 16, fed up with Vivaldi, Mozart and Co he grabbed his sister’s guitar and started teaching himself. Many years and band projects later he was playing the main stage at the Mera Luna and Summerbreeze festivals.

Amandas is a restless character who constantly strives for perfection. Nothing is worse than standing still. Therefore, in 2013 he decided to do his own thing and to serve the world the finest German Rock Austria has to offer.