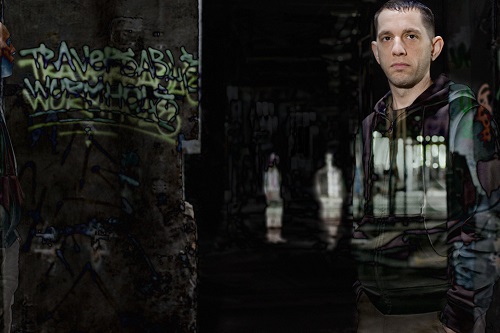 The history of Adam X dates back to 1990 in New York City, where he teamed up with brother Frankie Bones in running the first all techno record shop in America entitled “Groove Records,” - later named “Sonic Groove Records” - with DJ Heather Heart ownership shortly after. Throughout the 90's and into the first half of the millennium, the Sonic Groove retail outlet was one of the top techno record retailers for DJs & vinyl collectors across the world.

The Sonic Groove team also took part in organizing many techno events, the most famous of which are the legendary Storm Raves starting in 1991. Storm Raves would be the first all techno warehouse parties organized on the East Coast of America. Storm Rave line-ups included then up-and-coming artists Sven Vath, Richie Hawtin and Damon Wild, and saw attendance in the thousands.

In 1995 Adam created the Sonic Groove record label, which he continues to run solely on his own. Releases thus far are from a wide array of artists including highly prolific names such as Kevin Saunderson, Dave Clarke, Oliver Lieb, and Abe Duque to lesser known but equally talented artists such as Orphx, Realmz, and Richard Hinge.

Adam has a lengthy discography of solo & collaborative music releases dating back to 1990, appearing on many famous recording labels over the last two decades such as Peacefrog, Magnetic North, Wax Trax, Sativae, Scandinavia.

In his career, Adam X has performed alongside Aphex Twin, Derrick May, Nitzer Ebb, Andrew Weatherall and countless others. He's performed at thousands of events and club nights globally including Mayday, DEMF, Rex, Tresor, PS1, Monox and Fabric.

At the present time Adam X calls East Berlin, Germany his home base, where most of his time is spent in between traveling across the world to perform. When home in Berlin you can find him busy making new music, running his label Sonic Groove and organizing techno and industrial events in the city of Berlin at Maria Club, where he books acts like Dopplereffekt, Surgeon, Legowelt, Sleeparchive.