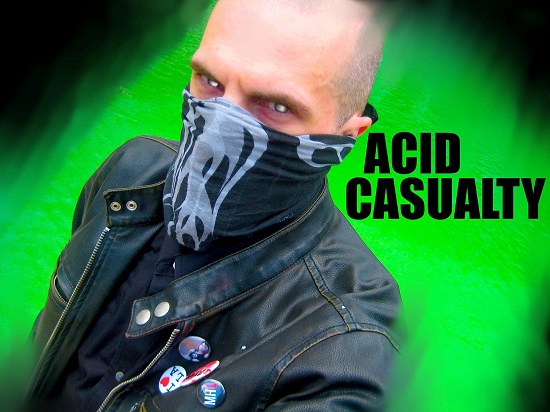 ACID CASUALTY is a producer and multi instrumentalst who creates a new and original dark and terrifying sound through focus on Analog and hardware based recording gear , live performances , live instrumentation and samples of his own creation. Acid Casualty learned bass guitar and piano by ear as a child and has been making music ever since. As a teenager he started to pick up recording and production. Some of his early influences include Black Sabbath , NIN , Marilyn Manson , Lords of Acid, Tool, Puscifer, How To Destroy Angels and Pink Floyd. He Mixes a number of influences and sounds from a wide variety of musical genre's to attain a nightmarish end product.