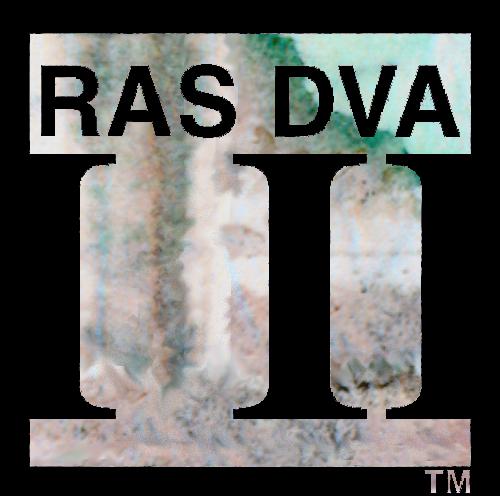 RAS DVA Records is a record label that began with the passion, ambition, and determination of Ric Laciak. He developed the name from his ethnic origins (RAS DVA means "One Two" in Slovak). It was as RAS DVA that Ric utilized all his skills as a DJ, club organizer, and writer to create a foundation for much of what was viewed as underground music to have a home where their music could be distributed and experienced by the many fans of the world. He devoted countless hours in doing all the legal work, the middle man work, and to ensure that the bands has the most support he could provide. It was this work ethic that made Ric a highly respected person in the music world and gave RAS DVA a reputation that was hard to rival.

As Ric faced a number of health and personal problems, RAS DVA sadly had to succumb to becoming stagnant. It wasn't that Ric didn't have the passion, but one man can only do so much and his own sphere of challenges made keeping the label at his standards and running impossible. During this time of hibernation, RAS DVA was remembered and revered by those that it helped.

In 2011, Ric was looking at revitalizing RAS DVA. It was during this time that he was talking to another label in forming a partnership where both labels could work together. They were in the initial stages of developing an approach that would utilize the strengths of the other label and RAS DVA to make a powerful combination that would have had a profound impression on the music world. This would never progress beyond the initial talks as Ric faced complications in his health.

On November 17th, 2014, Ric passed away after a long battle with cancer. He defied the odds and never gave up in his war for his health. He also never gave up in his deep rooted love for the music that defined RAS DVA and his direction in life. Even a year later, his memory lives on in the music world that he touched and the hard driven ethics that he set for what a true lover of music should have that wants to play a pivotal role in the music world.

RAS DVA today is ran by Ric's sister, Liz. She has always been his sibling and best friend. It is fitting that she should care for the child of Ric's labors.