The Districts History of Tomorrow With Anna Aliena 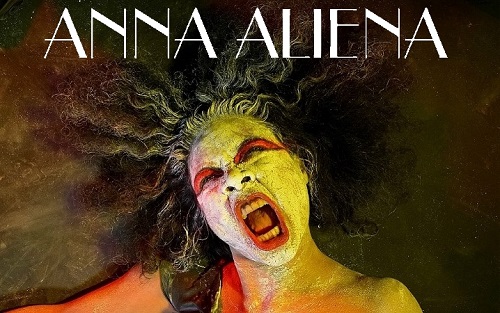 The Districts History of Tomorrow

The next chapter in the photographic Berlin-cycle of Günther Schaefer is pitched with the available studies. After the 25-year long-term observation of the metropolis under the title "Berlin - Images of two millennia", now takes place under the project name "OSTKREUZ CROSSROADS" - People Of (f) FhainXberg another consistent photographic section, accompanied by a new exhibition concept.

In the past 25-year period of creativity Günther Schaefer's black and white photography devoted mainly the so-called reversing and reunification, the people of the city and the traces they left behind and the curiosities and phenomena, the pot Berlin produced the Melting. 2014, in the twenty-fifth anniversary year of the Berlin Wall, now be the first presentations of the new photographic concept, mainly the "Next Generation" of this metropolis is dedicated. Artists of all genres are representative of the various art scenes of the city from the creative triangle Friedrichshain, Kreuzberg and Neukölln model. This new avant-garde art creator requires almost photographically by color. To meet this aspect of justice, Günther Schaefer joined as a passionate Black and White Photograph by more than two decades back "peace" with the medium color. Another important part of the content of the new concept of Günther Schaefer discusses the increasing gentrification, which takes obvious from these districts possession. The examples of the reunification period in the 90s in the Mitte district, and in the 2000s in Prenzlauer Berg may serve as an example of how the rapid gentrification of young creative professionals who have the flair and the streetscape of these districts significantly influenced by the "turbo-capitalism" socially to the were displaced from these districts pressed edge and ultimately, an existential problem following. For some time, this development can tend to recognize in the above three areas.

The photographic scenes Günther Schaefer in public spaces were designed strongly of the generation that grew up since the fall of the wall, artistic and are an integral part of the present identity of these districts - as in the perception of visitors stream of international guests that explore these aspects Berlin, be inspired and spread the experience globally. Günther Schaefer: "This latest form of" street art "will go down as the progressive gentrification victim as it happened before in other places. Ergo, my new photographic theme already treated a weighty part of the art history of Berlin from tomorrow. The locations, a fascinating kaleidoscope of trash, precious trash, graffiti, architecture morbid, last vestiges of a GDR past and flashy, attractive individuals are already very soon be a thing of the past here. Everything is smooth, clean and tidy hardly be more affordable for young creatives. All this is accompanied by the loss of an extra ordinary glamor, these neighborhoods exude the day and especially during a vibrant night life. "

After Schaefer's exhibition concept created for Second shooting in the studio; Images, the pure personality of the model and dignified in classic photographic technique and to express. Steady aim of these sessions was the realization and implementation of jointly developed craft ideas - impulses which combine very own handwriting of the photographer and the creative potential of the model as a result of joint creative process in a photographic synthesis.

Conceptually be borne with these aspects in the form of "dynamic exhibitions" account in future presentations. The next exposures are ever before several events, which go beyond a pure presentation of photography: Opening, Closing and one or more special events include the future at Schaefer to program standard. The basic idea is not only the presentation of as many creative genres, but their merger. Literature, film, music and performance art while taking a large space and to testify live performances from the creative spectrum of the cultural metropolis of Berlin. Mostly coming artists at these events to the course, which are also represented as a model in the exhibition and exhibits are presented in the portrait. In a broader sense, this procure each exposure a specific form of "three-dimensionality": the photo will speak via live act and audience dialogue "audible and tangible" - as opposed to the current "Digital 3D hype" these days in a natural comprehensibility for the visitors.

Günther Schaefer: "Another anchor in the concept of" dynamic exhibition "is the continuous addition of each current exposure with current brand fresh photo material; ie, no presentation ends with the same image-dramatic as it was initially seen during the opening reception. From one event to the exhibition of works from latest photo sessions will arise, supplemented and modified. In all stakeholders and recipients thus an additional element of tension is generated and visual wear and tear from the audience can be avoided. This multi-media events will be continuously accompanied with slide shows and film documents my work and his creative environment. Berlin, for generations a constant inspiration and inexhaustible elixir for the senses. Thinking see - think seeing ". Preview of Serenada by Anna Aliena The Muse Trailer by Anna Aliena