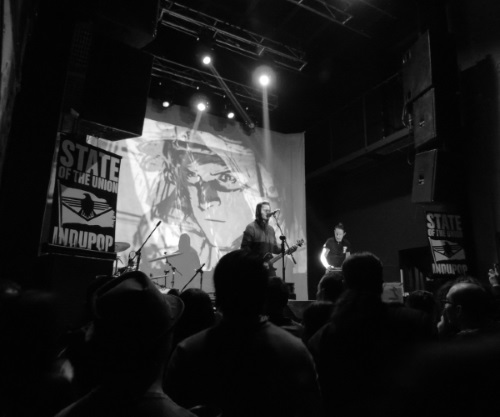 Johann Sebastian was in numerous bands and found he was head no where fast. It was his desire to see his vision in music and the path it would create become a reality. For this reason he created the band, State Of The Union. In this creation he has made many songs that have stood out from the pack and have shown his wealth of talent in making superb music.

Since the release of INDUPOP, State Of The Union has made a number of live performances and has been releasing very unique music videos to the songs from the album. This has shown a lot of work that the band has put in over the past month alone. We see their love for their music, the work accomplished, and that State Of The Union is a band that anyone that loves Electronic music should know. These reasons among many others make us happy to present them as Music Eternal's January 2019, Band Of The Month. State Of The Union shows the beauty in music and all that inspires us. We felt they were the best to start our 2019 on the right footing. Bad Flower by State Of The Union Thank You State Of The Union Slither by State Of The Union