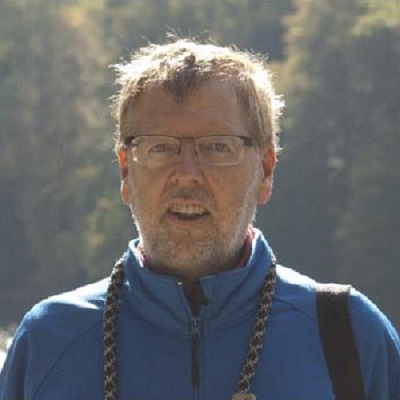 Wolfgang Gsell has been a student of life in his evolution in music. He has been involved in music throughout his life starting at 15 with playing the guitar and eventualy transitioning to playing synthesizers. Along the way he has further deepened his knowledge in music and in how to express it in a way that is true to his heart and soul.

Music may be a passion of Wolfgang's, but it is not the only thing he knows how to do. He also works in web development and as a gifted photographer. The images that are presented in each of his albums are photos that he has taken and integrated into the album where they reflect the music that he is presenting to the world.

Each album that Wolfgang Gsell creates presents a mixture of New Age, Ambient, and Chillout styles of music. His direction fuses these facets of music into a soothing and relaxing representation that reflects him. Each of these albums are distinct in the music they present and the direction that he is giving in the respective album. This along is impressive, but it is even more awe inspiring when a person sees that he is constantly releasing new albums. This level of devotion shows his eternal passion in music and what creating it means to him as an artist.

As Wolfgang continues to present new music we strive to share these new releases to the world. It is his devotion in sharing his talents that makes it a pleasure to present him as the May 2017 Band Of The Month for Music Eternal. Go to the next page and listen to some of the songs that Wolfgang has made.