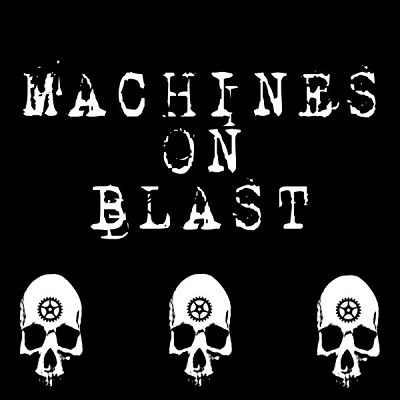 Machines On Blast have recently released this album, Tin Man Empire. In addition to this, they are also working on other music related projects. This includes working on additional music, being a part of the latest compilation release by Electronic Saviors, and CD release parties for Tin Man Empire.

They say there is no rest when you are working on what you love. That the work done is not a burden, but an outlet that reflects that emotions that lurks within. Machines On Blast have shown this in the involvement they have in their music and in presenting music that their fans adore.

The heavy workload that Machines On Blast takes on may be self-imposed, but it is obviously they love what they do and there is no end in their labors. This level of effort in their music and in presenting it to the world is inspiring and we are honored to have them as part of the Music Eternal family. We are also proud to present this hard hitting force of the music world as the Music Eternal Band Of The Month for February 2016.

Machines On Blast - Send Me An Angel: The Order by Machines On Blast Salvation by Machines On Blast