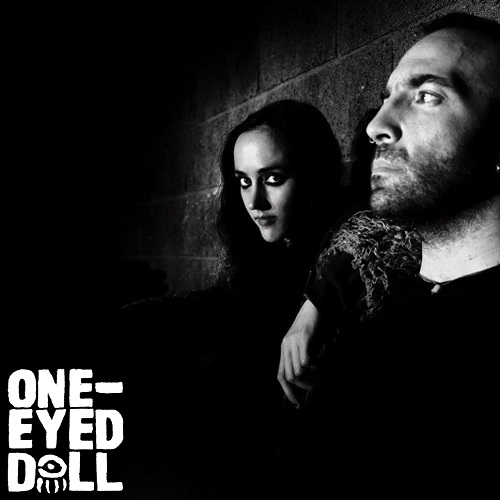 One-Eyed Doll is in the middle of their second national tour. The first was tied to their latest album, Witches. This tour is their way to share the tone and mood of All Hallowed Eve in a fashion that only they could properly present.

The Halloween Tour has almost as many concerts as there are days and shows the level of devotion that Jason Sewell and Kimberly Freeman have in their music and their fans. This tour has been one that has had many additions to it. These have ranged to other impressive artists touring with them to VIP pass to the truly devoted that want to spend time with the gifted duo that comprise, One-Eyed Doll.

All that One-Eyed Doll has had go on this year has been humbling to behold. It has also shown the amount of effort that this band has expended in the countless hours they have committed. It is this level of time and energy that has made us honored to present them as our October 2015, Band Of The Month!