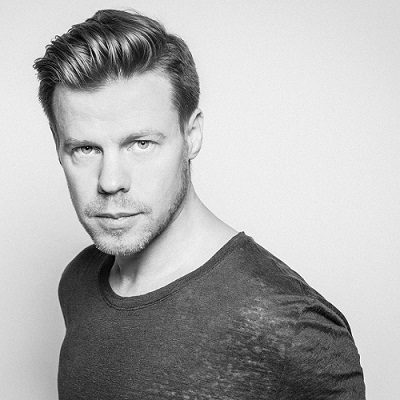 Ferry Corsten is a DJ, musical artist, and label owner that has always strived to raise the bar in Trance and House music. This shows in many of the projects that he always has going on through the course of each year.


The one regular project that Ferry has each week is his pod cast, Corsten's Countdown, that airs each Wednesday. In this pod cast he shows the emerging artists with many of the established talents in a potent show that involves the listener. The listener chooses the songs that they enjoyed via voting and the following week Ferry presents these as the highlights in that show.


In DJing, Ferry Corsten also does live performances. This month, this Dutch mastermind is performing in the United States and has a special presentation in Vietnam. This expansive traveling has been one of the reasons that he has been consistently viewed as one of the top 5 DJs in Trance and House for the past few years. The level of traveling that Ferry does in combination with his knowledge and skill have made it where he has brought a new level of excellence in each venue that the fans enjoy. It is also where he devotes his energy into making a show that presents his mastery in the music and his understanding of what the listeners want to hear. This combination has made many of his live performances seem almost magical for those that have had the pleasure of seeing him perform in person.


As a musical artist, Ferry has shown an impressive level of skill in how he composes and integrates other melodies into his music. Some of it is entirely original content and others are a fusion of his work with other artists. Most of this music shows his level of understanding in the music and affords him to bring in other artists to add another dynamic to some of the music. These "Featured" artists normally do vocals for his music and sometimes they are involved in the melody as well. The goal in this is to make something special for the listeners and to expose the world to some of the emerging talent in both House and Trance.


Ferry Corsten also has his own label, Flashover Recordings,  which he uses to help promote his own music and to help other artists gain visibility using him and his music platform as a foundation. This one aspect of Ferry is often overlooked, but is where he maintains a level of control on his projects where he is calling the shots and not a third party. It is this standard that has allowed him to present his music in the best light that most closely reflects what he envisions in the music. It also makes it where he can present other artists on his terms and not what someone else may see as ideal. Considering that Ferry Corsten has shown that he knows his field of music as an almost sage, this is a blessing for him and those involved in his projects.


Dutch label, Flashover Recordings, will be presenting a series of three EPs by Ferry Corsten in 2015. The first has already been release and is titled, Hello World EP 1. The music in this EP features the talents of Haris, Angelika Vee, and Chris Jones. The 6 tracks present an impressive combination of Progressive House and Trance in a fashion that is iconic of Ferry Corsten.


All that Ferry has going on this month with the new EP hitting the music world and touring two parts of the world how can he keep up with everything? He hasn't stopped Corsten's Countdown and hasn't given any word that his pod cast will suffer with all this additional work. He has expressed in the past that he does all of this for the love of the music and the enjoyment he sees and hears from his fans. This devotion to the music world as a whole is impressive and humbling to those that see the scope of work that Ferry Corsten devotes. It is these reasons that he has always been one of the rare front runners in guiding these genres and why he is our May 2015 Band Of The Month.