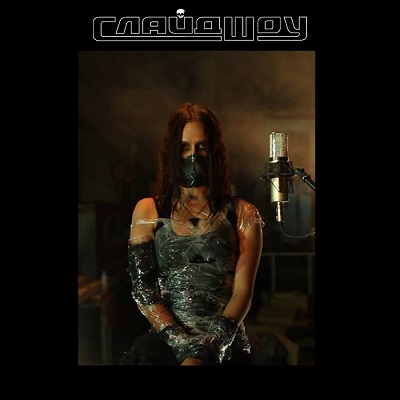 Slide Show surfaced in the Russian music world with a style that is unmatched by many other musicians. Instead of being limited to a select cluster of genres, the band focused on developing a style that encompassed many areas of Electronic and Metal music. The lack of limitations by being shackled by genres and being harnessed into a solid foundation in their style has lead to a progression in their music that is both professional and trend setting.

Their debut self-titled album showed a depth of empathy and passion. This music touched the heart as it also vitalized the body with a unique combination of Metal, Synth Rock, Dance, and instrumentation that would normally be overlooked in these respective genres. This album gave them a near iconic status in the Russian underground music scene and opened many doors for them to flood their music into new outlets. These new outlets were in clubs in multiple countries, television, and even on local news stations in multiple countries. This could be seen as a peak by many other musicians, but Slide Show showed that they were aiming for the stars in their direction with music.

The band would also be one of the high notes in a special tribute of Russian musicians to Project Pitchfork. Regrettably, most of the world missed out on this gem and didn't get the opportunity of hearing Slide Show's remake of the Pitchfork classic, Requiem. Their version was a rare combination that was a fitting tribute to the iconic band. Slide Show's version has been viewed by many to be one of the highest notes in the tribute that fits perfectly with the standards of today's music. They also remade the epic song London After Midnight. they made their version as a perfect hybrid of the original and the core of what makes Slide Show one of the trail blazers in music today. This, too, is a hidden gem that hasn't been fully discovered by Western Europe and the Americas, but those that have heard it have had only praise in their version of the song.

The second album, Astral Fox, gave the next step of evolution in the band. It showed a stronger combination of Electronic and Metal that was a perfect marriage of contrasts in their style. Slide Show presented a collection of music in this album that gained them the adoration of most that had the fortune of hearing about the band. The band showed that as they progressed in music they held true to the heart of what makes Slide Show special. This rarity has made many of their fans eager for what the band would present to the world in the future.

Slide Show then faced a reality in change that has killed other bands. Their lead singer chose a new direction and the rest of the band had to figure out what they were going to do. Most bands that have lost their bands have only seen two choices, fade into the darkness of music past or find a replacement for the vital piece that was lost. Adding a new singer can be dangerous. Most bands strive to make the new singer slide into the role of the old one. This forces the new singer to try to live in the foot steps of the former singer. Bands like Queen and INXS have done this and seen limited success (if any at all). Slide Show showed the shrewd wisdom they had as a collective and brought in a new singer, not as a replacement, but as the next step of progression for the band.

The new singer chosen by Slide Show was Madlen. She already has developed an impressive standard in her own right with what she has done in music. This union of Madlen and Slide Show would push forward the style that the band has developed with the potent infusion of talent and direction that Madlen has already established. Rather than trying to focus on their old music or try to change her music into theirs, the band has created new music for their new direction. It is in this new direction that they have shown a new facet in their music that has shown a level of love in music and in their fan base that can't be denied. Just as their showed a scope of genius in the remakes of Project Pitchfork and London After Midnight, they has now shown this in themselves. Many feared the band would be dead with the loss of the former singer, and Slide Show has proven that music never dies.

Passion is a special gem to behold, when in the hands of musicians that know what they want to create it is magical. Slide Show has shown this and so much more what they have already accomplished. These reasons are among the top of a long list of reasons where we are honored to have them as our June 2015, Band Of The Month.