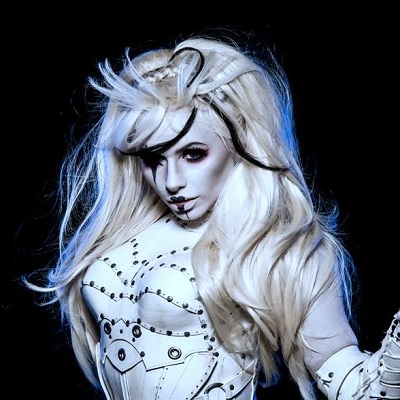 September Mourning is more than a band with good Symphonic Music. The ideology behind what the band stems from a character with the same name. September Mourning is a supernatural girl that shows the duality and the unity within life and death. Much as Dawn from the Cry For Dawn symbolizes the duality in Heaven and Hell, September Mourning gives an imposing world through the eyes of an epic comic book character of their own. This character is represented by Emily Lazar in every respect and is translated visually in how she dresses and acts in the music performances. This character is also presented in the impressive vocals of Emily that are heard in the music by this hard driven band.

The concept that September Mourning presents as a band and what they symbolize is very impressive. What makes it truly special is that as hard hitting as the music is, the meaning of their music, quotes, and overall theme show a massive depth of emotion. It is this empathy that has made the fans of September Mourning a truly rare breed. They have embraced the feeling in the music, the world the band presents, and the magic that is shown in what September Mourning presents.  It is their presentation that show that life is to be cherished, and death is not the vile predator that so many fear. Both are shown with a respective beauty in their harmony together. It is this symbiosis that is translated in their music and the world they create. Their impressive presentation of this is one of the countless reasons we are honored to presented this gifted band as the July Band Of The Month for Music Eternal. Announcing The Winner Of The Spotify Contest