Is there a meaning behind the name Level 2.0?

While the original meaning is personal between myself and the original co-founder of Level 2.0 (Matt Clennan-DJ Xtrakt). It was based around the logo. A mirror image of each other. Also to us we felt like we we're creating the next generation of EBM-Industrial music. (2.0)

How long has the band been around?

Matt and myself started making music under different project names (Final Project-Nemesys) in 2000. It was not until 2005 where we thought we finally found our own sound. And then started fresh with a new name and a full length album. We worked together until 2011. In 2012 we went our respected separate ways. His interest kinda went in the direction of DJing within the Long Island House/Trance scene with his newly found company NYFE. And I continued Level 2.0 on my own (all music and vocals). While still using Alex Matheu for final production/mastering.

What is the current line up for Level 2.0?

Level 2.0 is just myself. But as I said, my good friend Alex Matheu (Negative Format) does all the final production. And what that means is. He takes my original sounds and just makes it sound more crisp and thicker. Basically enhancing the music. He also will add some additional bass or percussion sounds on a few songs. He does phenomenal work. 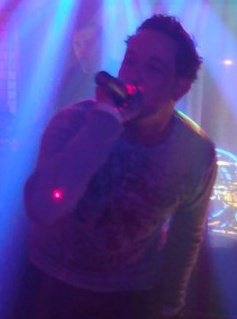 You once worked with another person in Level 2.0. How does it differ working on music primarily on your own in comparison to with another musician?

Well When Matt and I started this. We both had the same aspirations. We just wanted to create the perfect song where we could vent about our life to listen to in the car.

We used to fuel off of each other. So it was an awesome feeling at the time. Outside personal experiences, We truly we're each others inspiration. We fed off one another in terms of music and vocals. As time went on, he lost some interest, which does happen when working on music as much as we did.

For me, I was building more momentum. Learning more and more about making music. By trying new things we haven't tried on past releases. So while I do miss those old days in my basement on Long Island. I've grown from then musically. I feel I have evolved the original sound to what it is now, and I am pretty sure Matt feels the same.

Also with that, while I am sure we could have continued to make fantastic music. Making Reminiscence on my own was the single best experience musically. I feel more organized now. And it helped me get over some tough times that I needed to let go of personally on my own.

How many albums have you released in Level 2.0?