Your music traditionally shows a fusion of EBM, Agrotech, and another dark element in the electronic music PAIL presents. Have their bands that have influenced this evolution and what kind of impact did they have on your music?

My main influences come from the EBM or industrial electro created in the late eighties and the nineties mainly. Almost every album that I consider essential are made in this decade. I think the 90’s was the most glorious period where bands like EBM FLA, Skynny Puppy, Individual Totem, Numb, Leather Strip, Wumscut, Mentallo and the Fixer, X_Marks the Pedwalk, VAC, Hocico, Nitzer Ebb, Haujobb, Project Pitchfork ... ... ... ...made their best records. I think many of the works of this time were much more varied in their structures and sounds that most current productions, which in my opinion, tend to stylistic hyper-standardization.

PAIL is a rather unique name for a band, how did that name emerge?

PAIL is a project that brings together all of my artistic interests, meaning with artistic interests anything related with music, graphic image, photography, etc. .... as well as my political concerns and thinking, meaning with politics the capacity of analysis and criticism of every economical, social, religious that surround us and have an effect on us. The idea of the name comes from this context, PAIL is a container / bucket in which all these aspects are collected. 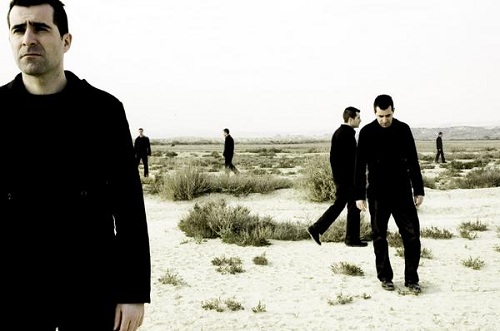 The fact that Pail being a project that doesn’t bring its music to the live shows renders the interaction with fans at the time of composing as irrelevant in this process. What The Hell (Feat. Steven Johnson) by Extize