If you were to have remixes done of your music, which artist could you see best performing this goal? (Why these particular bands?)

I think Blue Stahli could really pull off some remixes of my music, he'd totally shed a new light on my music like he did with Celldwellers song "Frozen",  he took a slow, downbeat song and make it into something really energetic and dance worthy, I think he could take the more grim side of a song like Hunter or Till Death, You and I and make it into an entirely different song with just the same lyrics and vocals, I would LOVE to hear that. I also think Vocians would be able to pull it off because the way he remixes a lot of the songs from other FiXT artists in their remix competitions, he blends rock and metal with glitch electronics insanely well and I would love to hear what could ne pulled off with samples of my music.

Many bands evolve over the course of their existence, how do you envision Scarlet Harmonies possibly developing beyond the here and now?

Well, currently, I plan on actually taking a couple different directions in Scarlet Harmonies with Symbiotic Nightmare, I want to try to do a more 30 seconds to mars style song ever since I wrote Hunter, seeing as Hunter is the first [SH] song I have sung on, I want to go for a 30 Seconds To Mars style song like "This Is War" or "The Battle Of One" to see if I could pull off a lighter vibe than my typical dark and visual themed tracks, but I also plan to do another song about some hardcore violence, a song that makes you want to get up and punch someone in the teeth, like Etienne Sin's song "Honey Is Sweet, But The Bee Stings", I know I can pull off something along those lines because I did it in the band previous to Scarlet Harmonies, and a song with that style was actually our very last song together.

Currently, the style I want to attempt the most is a song that would fit in with The Blood Brothers, the songs "We Ride Skeletal Lightning", and "Six Nightmares at the Pinball Masquerade" are really something I want to attempt to do vocally and musically because the music is so full of energy and full of political views and metaphors, I want to pull off that "Punk Rock" style once, or at least make an attempt to. 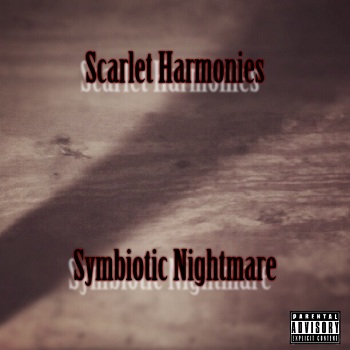