With the songs by The Cut, what traditionally takes shape first: the lyrics, the melody, or is there another form of development that takes shape?

I get melodies in my head all the time. I've taken to humming into my phone to remember some of them. Sometimes the lyrics are the last thing to come along. Ricochet, for example, sat for two years as a guitar based ballad until I got the lyrics nailed down and Roger pointed out the chorus to me. Then it turned into something completely unrecognizable from the original. It's a broken, frustrating process of stops and starts and yelling and breaking stuff. My neighbors don't look me in the eye when I see them in the hallway! (Kidding) But that's the way I do things. I build the skeleton and a few shreds of connective tissue and then immediately proceed to try to destroy it. If it survives the process, then it's good enough for someone else to hear. For example, originally, 3Blindwords was to be a concept album. There were interludes and samples and various elements that didn't make it to the final mix. It was going to have big, long and dramatic lead-ins and wavering decrescendos and the like, but when I sent the first track to master with Hillary Johnson, I heard something else that instantly sealed it for me. She brought a garage-style rock edge that inspired me do an abrupt and complete retooling of the whole project! I took the entire album to the gallows and proceeded to flog it into something else. I wanted it to have a broken, somewhat "off" sound so it might be somewhat unusual from most of what's out there. 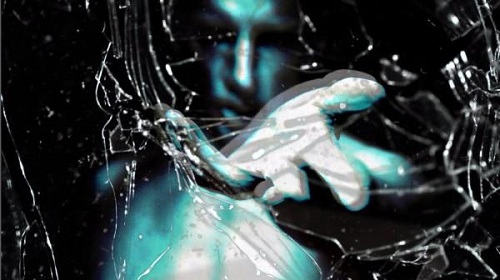 If the first album is a success, do you see yourself doing a broad tour? If so, what parts of the world would you like to tour to?

I can say that Berlin or Hamburg would be really awesome. I'm in love with cities and cultures that support electronic music artists and nearly all of Europe fits that description, and Japan and Russia among many others. Here in the States, Seattle in particular, it's a bit more challenging for electronic music to have much of a presence in the community. But, yes, a broad tour at some point is absolutely in the cards should The Cut be well received.

Some bands are more of a concert band and shine the best in front of a crowd; others give a better presentation of their music in a studio. Does either of these apply to The Cut?

The Cut will kick your ass on stage in front of everyone. Girls will cry. Guys will look like heroes holding the girls that cry. It will be epic! I kid, I kid... I'm getting a set together. Roger and I are talking about joining forces. It will be a different sound than what you hear on the album, harder, dirtier and more dramatic. It's hard to say what will happen except that I'll be pulling the best talent around with me up on stage.