Few bands have been both a pioneer and also a constant dominant force in their genres of music like Leæther Strip. Being one of the creations of Claus Larsen, Leæther Strip has been a reflection of the talents that he has. This band has also been a mirror into who Claus is as a person and his feelings in so many respects.

Q: Is there a special meaning to the "æ" that has been symbolic to both Leæther Strip and Klutæ?

A: Only that it's a letter "AE" you only find that way in Danish. Originally the letter wasn't used in Klutæ, but a few

years after my first Klute album came out a British jungle techno act "stole" the band name, and many thought it was my Klute, so I decided to add the "ae" to that name too, then people would know who is who.

Q: Many see you as one of the founders of both electro-industrial and EBM. What areas of music were influential to the facets that are seen in your music?

A: I can hear most of the elements of the music I grew up with in my songs: 70's glam rock, Punk, early electronic music, New Wave and New romantic. I started out writing really melancholic techno pop songs but my style got more and more dark and I started to use more Symphonic elements too. Maybe because I was very eager to learn. As I am self taught the only way to learn was to experiment, and I never got tired of that. I have a uncontrollable need to hear what I come up with next and that drive is the reason for my productivity. I am addicted to writing songs. 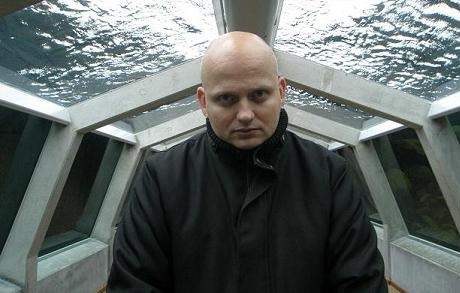 Q: Did you have a particular inspiration, person, or music that was an inspiration or motivation in creating the diverse, yet unique music you create?

A: I think it's a mix of all sorts of inputs, of music, art, books and films. I actually "see" my songs when I write them. Maybe again because I taught on my own without a teacher. Sure there are special people and bands I admire. Like Alan Wilder, Fad Gadget, Soft Cell/Marc Almond, Depeche Mode, Skinny Puppy, and so many more.