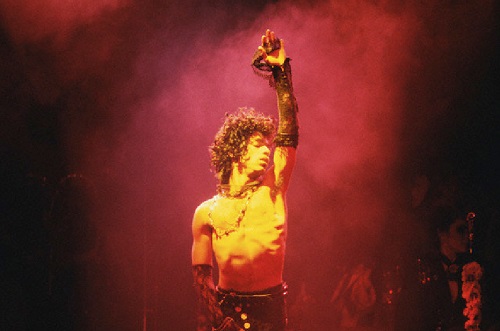 Prince may not be a part of the Music Eternal family, but he was a vital member of the music world’s family. Each of us may believe that we are our own individual in music and that we stake our own path, but many of these paths are influenced by those that came before us. They are the fathers of the direction music flows today and are the muses for the musicians of tomorrow.

For forty years Prince has played a key role in many areas of music, movies, and other areas of the artistic world. He would help define many aspects of Funk, R&B, Rock, Pop, and New Wave. At the times he didn’t perform he was still in the background writing music for others and working on projects that would pave the framework for others. Through all of this, he began in 1976 and was still involved in project at his passing in 2016. This is where he is held at a tier above many other musicians as he was influential in a respect that puts him in a select group of artists such as Buddy Holly, Michael Jackson, and John Lennon. These musicians involved in multiple areas of the music world and the world as a whole. Sometimes their influences were for the better, and sometimes they were not.

As an artist, Prince sold over 100 million albums, won seven Grammy Awards, a Golden Globe, and an Oscar from the Academy Awards. In the top 100 Greatest Artists Of All Time, presented by Rolling Stone, he ranked in at number 27. In addition, he was inducted into the Rock and Roll Hall of Fame, in 2004. These distinctions pay tribute to him as an elite musician and someone that was revered by his fans, peers, and those that he inspired.

Some musicians will take on a stage name, Prince was one of the rare few that used the first name he was born with (Prince Rogers Nelson). The one exception to this was in 1993, when he changed his stage name to a symbol that was referred to as the “Love Symbol.” He would abandon this change and return to his first name as his stage name years later. Some have questioned the logic in this changing of names and some of the methods he used in the course of his career when they happened. The aftermath though showed that he was as shrewd in the business aspect of music as he was in the music itself. Many times he approached times when he wasn’t touring or releasing music by creating events in his world that proved relevant to the media. In this respect, he never faded from the world’s eyes and never lost relevance.

Many musicians will attest that tours are a big role in promoting an album. It is also a good resource in generating revenue and presenting the bands in a more direct method to their fans. An album will present the music, but there is a special vibe that can be created between the artist and their fans that only a concert can create. It is this vibe that turns the music into an experience that will live on in the hearts of the fans and creates a bond between them and the musician that lives longer than the popularity of an album. Prince knew this better than most and also knew how to create a supply and demand at times in his career when touring was not the most ideal for him. In his later years, he would do a number of mini tours that would have limited stops and would create a higher demand in upcoming concerts. This would also help open doors to performances in other mediums that may not have been open in other circumstances. Some of these have been commercials, soundtracks, and even a spot in the Super Bowl halftime.

Prince had a distinct style in his music. Some have said that it was a mating of Michael Jackson and Jimi Hendrix. That he was the flamboyant individual that performed music as an emotion with a visual presentation that was unique in his showmanship. This combined with his wide range of vocals that covered from falsetto to baritone made him a rare package for any live performance that he had. The other factor in his vocals that made his range a huge factor was his ability to hit pitches and shift from vocal ranges with a smooth transition. This vocal mastery gave him an added resource in hitting so many genres of music. The vocals combined with his vision of what he wanted to create in music had the added impact of him having a heavy influence in funk, rock, pop, and R&B that others could only dream of.