Location Is The More Than Just Geography In Music 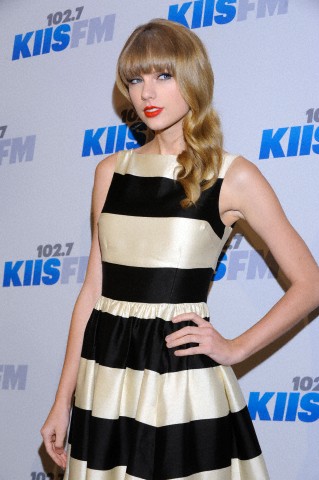 When you want to see what works and what doesn't work you look at how those on the top are able to do it. These are powerful words to live by and can be vital with the fact that there are countless artists that are focused on a regional market as well as age and genre. In this we are going to focus on two songs that are spearheads in new albums that are hitting similar markets, but different mainly due to location and what is sought out by those markets. The two artists that will be the center of this are Jessie J and Taylor Swift.

These two songs show that an artist should adapt to the market they are in, but also focus on the markets that will have the biggest impact on supporting their progression, popularity, and in all the little parts of being an artist that make a Taylor Swift great, and a similar artist fail. It is true that Taylor Swift and Jessie J are associated to big labels with a huge platform for marketing. These are huge perks, but has PSY showed with Gangnam Style, lacking that big platform will not kill your chances if you are shrewd with what you do and where you do it.

Taylor Swift's We Are Never Ever Getting Back Together is an Acoustic Pop song that draws a lot from the Teen Pop of the 1980's in the US and has a number of Dance driven undertones to the song. This can be seen in the dominant impact of the drum beat that is very symbolic to Trance, House, and Eurodance. The key difference is that the beat in Swift's song is driving the song instead of setting the tempo. This factor along with the direction of the lyrics makes the songs easy to associate to and also directs it to the younger listeners of  the US music market. It is obvious that this song is directed to the younger crowd of the mainstream listening base of North America.

Jessie J's Domino is more of an Acoustic Rock song that draws from Dance and also some elements that are in Pop music. Jessie J's song has a strong beat, but is drive more by the melody. This affords for more of a complex melody, but also makes the song have more of a challenge in being a simple "catchy" beat. Just as Swift's embraces on aspect of Trance, House, and Eurodance; so does Jessie J. With Jessie J, she presents supporting instrument sampling, less acoustic for the body of the song and more electronic. This difference can also be heard in how the vocals are in the song with Taylor Swift giving a more acoustically pure vocal where Jessie J using synths to alter her vocals in parts of the song.

Why bring all this up? The key reason is that both artists are using their respective strengths for the markets they are in. For Taylor Swift, the more acoustic elements draw from the background that has been in US Pop, Grunge, Alternative Rock, and even Alternative Pop. This is still a huge core genre base for the US market and the evolution of music in the US plays a huge role in that. With Jessie J, the electronic genres have always have more of a dominant impact in  the music market of Western Europe and she has embraced this and has used it as one of the foundations for where she is marketed. Both are marketing to the same base group of people in the respective areas they are marketed, young (teen to mid-20's) and mainstream for their respective markets. The markets may be the same in the basic criteria for the consumers, but there are distinct differences in the tastes of both markets.